Gathering at the arrival point; boarding a bus heading to “Ktima Gerovassiliou” winery in Epanomi. This winery is considered to be one of the most modern wineries in northern Greece, producing a wide range of high-quality wines. It is also known for hosting various cultural events. Particularly interesting is the wine variety ‘Malagouzia’. Malagouzia is an old, indigenous Greek variety which, at some point, was on the verge of extinction. Mr Gerovassiliou and his collaborators worked towards the revival of this variety. During the visit of the winery, a tour of the vineyards will take place, as well as of the winery’s facilities, through which you will get the chance to be acquainted with the production process. A wine-tasting of the winery’s products will follow. It is also worth visiting the highly innovative museum situated within the premises of Gerovassiliou winery, which houses a rich collection of tools from all around the world used in the processes of viticulture, vinification and bottling. These objects date from the 18th century to the present day. The visit will be followed by dinner either at the premises of the winery or at a traditional tavern of the area, after which you will be transported to the hotel of your choice in Thessaloniki for an overnight stay.
Proposed hotels:
Tourist 3* – A listed historic building houses a modern hotel, situated in a central location of the city.
Anatolia 4* – Recently renovated, the hotel is situated in the heart of the city on Egnatia street.
City Hotel 4* sup – A modern city hotel, located in the heart of the city centre and providing all comforts.
Holiday Inn 4* – The best choice for those who seek the security of an international hotel chain, as well as a lodging situated in the city centre.
Makedonia Palace 5* – Situated right by the seafront and very close to the city centre.
Mediterranean Palace 5* – Next to the traditional area of Ladadika in the city centre of Thessaloniki, this hotel provides a wonderful view of the Gulf of Thermaikos.

Acquaintance with the city of Thessaloniki: Thessaloniki is the second most populous city of Greece; it is called by Greeks the ‘co-capital’ of Greece and its name is derived from the name of Alexander the Great’s sister. It is a unique city, much unlike any other in Greece. Century-long harmonious cohabitation of many different ethnicities and cultures has given the city a one-of-a-kind character and a sense of diversity and multiculturalism.
Thessaloniki has been and still is the place where the eastern mentality meets the western; this blend of mindsets and cultures bestows the city with a completely unique feel, making it vividly stand out. Here you can visit monuments from Roman times such as the palatial complex of Galerius, the Arch of Galerius, the Rotunda and the Via Egnatia. Byzantine monuments also abound in the city, such as the St. Demetrios Church, the Hagia Sofia Church, the Church of St. Nikolas Orfanos and many others, while monuments from the Ottoman period are also present: make sure to visit the Bey Hamam (Baths of Paradise), the White Tower, the Bezesteni market and the 15th century Alaca Imaret Mosque, which are only some of the many sights the city has to offer. Most of these monuments which define the character of Thessaloniki are included in UNESCO’s list of World Heritage Sites.
The Aristotle University of Thessaloniki, the largest university of Greece, can also be found here. Due to this, the city has a significant youth population, which provides it with a vibrant and lively feel. You can grasp the juvenile pulse of the city merely by sitting down to have a coffee in one of the numerous cafeterias around the area of the university. If, on the other hand, you are keener on a night out, you can always enjoy a glass of wine while savoring the beautiful view of the Gulf of Thermaikos from one of the many beautiful bars facing the seafront. The overall night-life of the city is very active, with bars, cafes, restaurants and many other options in every corner of the city.
The city of Thessaloniki always has something interesting and original to offer; the vast variety of projects, activities, events and actions taking place and being organized in Thessaloniki has fairly given the city the title of the most enchanting city in the Balkans.
The city of Thessaloniki can be a gastronomical heaven for gourmet lovers; countless taverns and restaurants can satisfy even the most demanding customers.
After the tour of the city, the group will depart for “Domaine Babatzimopoulos”. Situated near the mountain Ossa, the winery is at a 45 km distance from the city of Thessaloniki. During the visit, a tour at the winery’s vineyards and facilities will take place, through which you will have the chance to get acquainted with the production process. The tour will conclude with a wine-tasting of the estate’s products, followed by dinner either at the winery’s premises or at a local tavern. The group will then return to Thessaloniki for an overnight stay.

Visit to Dion, one of the oldest and best preserved archaeological sites of northern Greece. Dion rests at the foothills of Mount Olympus; otherwise called “the Mountain of the Gods”, Mount Olympus was believed to be the dwelling of the twelve gods worshipped by the ancient Greek religion. Dion was chosen by the ancient Greeks as a place of worship for Zeus, king of these gods.
Following the visit to Dion, the group will head towards the Vale of Tempe, in order to visit to the next winery of our trip. DOUGOS winery is a small, traditional winery located at the foothills of Mount Ossa (alternatively called Mount Kissavos). This winery focuses on the meticulous and qualitative production of wine varieties. A tour at the estate’s vineyards and facilities is scheduled, which will give you the chance to get acquainted with the production process. A wine-tasting of the winery’s products will conclude the visit, which will be followed by lunch either at the premises of the winery or at a local tavern.
Following the visit to the DOUGOS winery, we will haed to “Tsantali” winery. Located at the village Rapsani which rests at the foothills of the Mountain of the Gods, this winery strives to preserve the wine-making tradition of the area. The splendid red wine variety produced in Rapsani, also known as “the Gods’ nectar”, is the result of this endeavor. During the visit of the winery, the group will have the chance to take a tour in the vineyards of the estate. The ascent to the vineyards through dirt roads will thrill adventure lovers, while the landscape and the view are nothing short of breathtaking. A tour at the winery’s facilities is also scheduled, which will be followed by a wine-tasting of the estate’s products. After the end of the visit you may choose to dine at the winery’s premises or at a local tavern. The group will then continue its way to Kalampaka, the starting point for visiting Meteora, one of the largest and most important complexes of Greek orthodox monasteries in Greece. Upon arrival in Kalampaka, you will be accommodated in the hotel of your choice.
Proposed hotels:
Dellas Boutique Hotel 3* – Situated at the foothills of the rock pillars on which the Meteora monasteries are resting, this hotel is also at a very short distance from the Holy Monastery of St. Nicholas Anapausas.
Divani Hotel 4* – Situated at a beautiful, spacious location at the foothills of the rock pillars of Meteora.

Visit to the monasteries of the Meteora complex. Walk the hidden paths leading to the monasteries, enjoy nature’s beauty and wonder at the breathtaking view, guaranteed to stay in your memory forever.
There is a magical, unique and mystical feeling about Meteora, an area included in UNESCO’s World Heritage list.
After the once-in-a-lifetime experience of visiting Meteora and with the beauty of nature and the unique images of the scenery carved in your memory, you will be ready to visit the last winery of your journey, TSILILI winery.
Tsililis family created a boutique-winery in the area Raxa, near Trikala. This winery has a unique view of the rock pillars of Meteora and of the Theopetra prehistoric cave, where the first traces of life in the Greek area were discovered. It is an exemplar winery, aiming to revive rare Greek varieties of wine and to “marry” them with international, high-quality ones. All varieties are cultivated according to the principles of organic farming, while the winery also produces distillates of an exquisite quality. During the visit you will be able to participate in a tour of the winery’s vineyards and facilities, followed by a wine-tasting of the estate’s products. After completing the visit of the winery, you can choose to have lunch at the restaurant situated within the premises of the winery or at a traditional tavern of the area.
Arrival at the village Litochoro in the late afternoon. After checking-in at the hotel, you may choose to make the best of your free time by taking a stroll around the village and visiting its beautiful, traditional square. At the end of this day full of impressive and beautiful images, the group will dine in one of the many taverns to be found around the village’s square.

You will begin this day by enjoying a rich breakfast in this beautiful, traditional Greek village. Situated at the foothills of Mount Olympus, this village offers an impressive view to its visitors. Following breakfast, you may wish to walk through the lush green Enipeas canyon, where you can stroll amidst the trees and lose yourself in nature. When overcome with fatigue, you can enjoy a traditional Greek coffee or some decoction of herbs in one of the picturesque cafés of the area. Enjoy your beverage while savoring the view of Mitikas, the highest peak of Mount Olympus. For trekking enthusiasts, it only takes half an hour to reach the monastery of St. Dionysios, while the rest can enjoy lunch in the village before departure.
Having truly enriched your life with unique images and diverse stimuli from this country, it is now time to take the road back home.
We sincerely wish that the taste of northern Greece’s one-of-a-kind wines will stay with you and that you will cherish the memory of your trip.
Package Dates
The packages are available upon request for any week starting from March 1st until November 30th 2015.
The package includes:
• All transfers according to schedule
• Accommodation for 4 nights
• Daily breakfast
• 1 meal in a traditional winery or a traditional tavern
• Guided tours and wine-tasting in 5 wineries
• Guided tour of the Dion archaeological site
• Visit to the Meteora complex of monasteries
• 1 guided tour of the city of Thessaloniki

All of our packages are flexible in that you can either add or remove days.

You may also combine some of our excursions of your choosing, creating your own packages.

MAAS, meet and assist us, and U just request and we organize for U

If the schedule does not respond to your needs, it can be modified.

Entrance fees for museums and archeological sites are not included in the price. 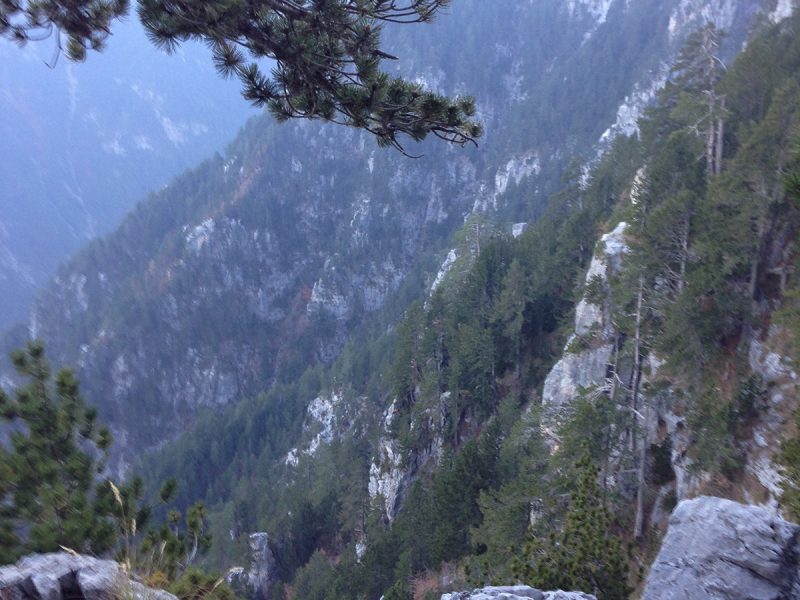 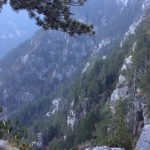