DAILY TRIP TO METEORA TAKES PLACE :Every Wednesday and Sunday

Visit to the monasteries of the Meteora complex. Walk the hidden paths leading to the monasteries, enjoy nature’s beauty and wonder at the breathtaking view, guaranteed to stay in your memory forever. There is a magical, unique and mystical feeling about Meteora, an area included in UNESCO’s World Heritage list.

PLACES WE VISIT :Two out of six Holy Monasteries of Meteora Kalampaka

We reach Meteora around 12:30 and we visit two of the six in operation Holy Monasteries depending on the operating schedule of each Monastery. The women’s monastery of Agios Stefanos with the impressive wood-carved iconostasis and the magnificent view of the city of Kalampaka, the river Lithaios and the plainthe monastery of the Holy Trinity at the steepest rock of Meteora,through stairs cut through the stone,the women’s monastery of Rousanou with the extraordinary wall paintings of the small church, and the verdant path leading to it,the Varlaam monastery with the valuable surviving frescoes of the painter of icons Frangos Katelanos and, among others, the thirteen-ton wooden barrel,the monastery of the Transfiguration (Metamorphosis) of Christ, which is the largest monastery of Meteora, or the monastery of Saint Nicholas Anapafsas, with the frescoes of the famous painter of icons Theophanes the Cretan, which has a balcony that is a stone’s throw away from the huge rocks.For your convenience, the bus stops in front of the entrance of the Holy Monasteries.We make a stop to admire the panoramic view of the Holy Monasteries from up high.Next, we enjoy Greek traditional lunch in the city of Kalampaka against the view of the astonishing Meteora.We depart to Thessaloniki at around 15:30 where in our way back we make a last stop for coffee and rest. We are back at about 18:00.

THE PRICE OF THE DAILY TRIP TO METEORA INCLUDES:

The visiting ticket to each monastery, which costs 3 euros per monastery for all visitors except those of Greek nationality and is paid directly at the entrance.The tour of the Meteora monasteries.The cost of the lunch at the restaurant. 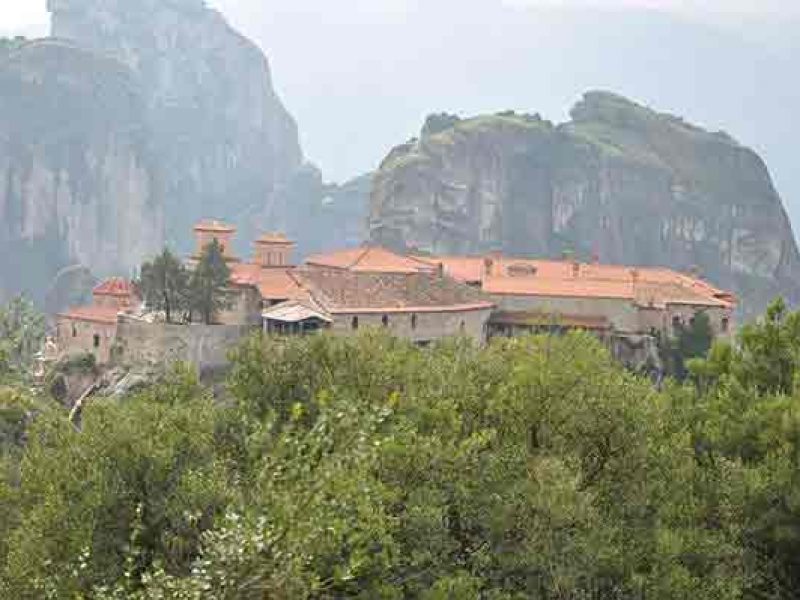 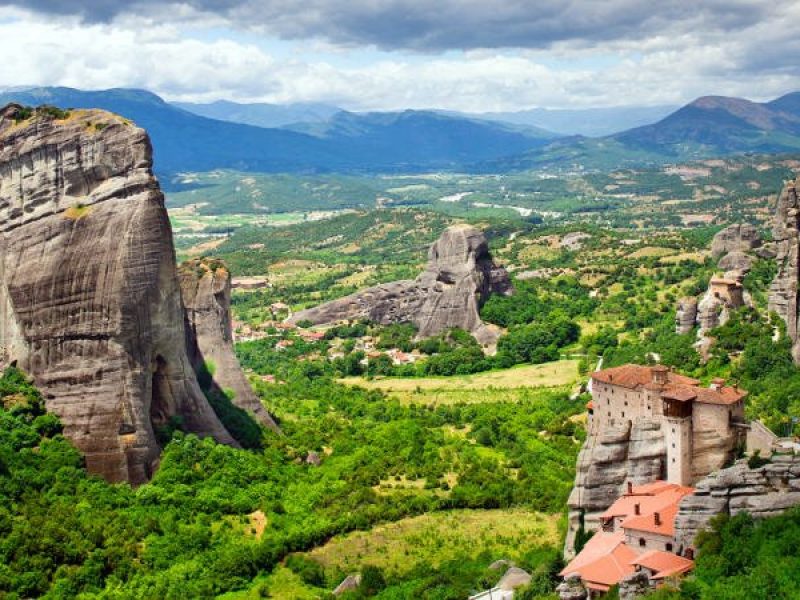 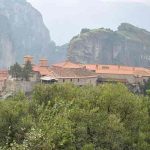